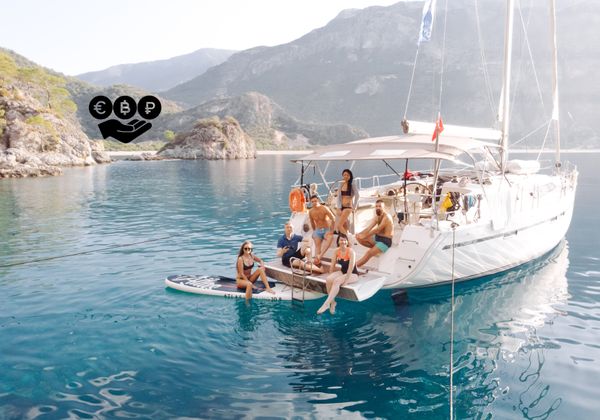 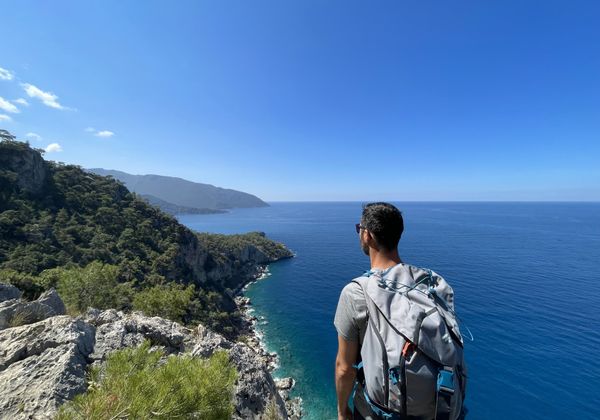 Author's tour of the bays of the Mediterranean
Family
Turkey

The state, which is washed by four seas and warmed by the sun, attracts tourists from all over the world with its well-groomed beaches. There's nothing like a journey in Turkey in the winter. Many ski resorts are of European quality. Plus, it's visa-free and you can fly direct from most European countries.

Turkey was once considered the best summer vacation spot on a budget. Thankfully, these stereotypes are slowly disappearing. History buffs will love the museums and ancient cities. Adventurers can dive shipwrecks or climb mountains to uncover the secrets of shipwrecks.

What to Do in Turkey

It's hard to find a traveler who hasn't heard of Turkey. In most cases, vacations in the country are limited to local beaches and hotels. There's a lot to do here for a varied holiday on the small group tours. State guests should definitely:

Best Places to Visit in Turkey

Istanbul is better for sightseeing vacations. This is a city of contrasts, where the fairy tales of Scheherazade, filled with Eastern secrets, hover over ancient temples and rich palaces, next to the high-rise metropolis. The Blue Mosque and the famous Hagia Sophia deserve separate attention.

Bodrum is an amazing resort for active recreation. There are tons of bars, restaurants and nightclubs here after dark. History fans won't be bored. In addition to Halicarnassus' mausoleum, there's a lot of cultural stuff.

You can't ignore Anatolia, where the best resorts offer «all inclusive» services so you can escape your daily worries. Family holidays with kids are perfect here. Many hotels have special services for kids. Keep the restless kids entertained at aquariums, water parks, dolphinariums, and attractions near you.

Here are some tips for diversifying your vacation in the land of eastern fairy tales:

In Turkish stores, cigarettes are extremely expensive, and the tobacco quality is terrible. For those who smoke tobacco, it is best to bring cigarettes with them. More than one block can't be transported through customs.

FAQ About Traveling in Turkey

What's the language in Turkey?

The attendants in most resort areas speak great English and Russian. In areas far from tourist centers, Turkish is the language of choice. Although the locals are excellent at sign language, so finding out what you want isn't hard.

What is the best time to go on a beach holiday?

Tourists flock to the country in summer, despite the hot weather of up to +50°C. Avoid lying on the beach under the hot sun after 11 am to avoid getting a thermal burn.

What currency do I need?

You can pay in American dollars, euros, and Turkish lira in Turkish stores and markets. In the country, there are a lot of currency exchange offices, and you can change money at the hotel too, but at a higher rate.

Is the country safe for tourists?

Because the hotels are under round-the-clock security, it's pretty safe. It's rare to get robbed or commit other petty crimes. Tourists don't need ID in major cities. Plus, you can always leave your valuables in the safe at the hotel.

Tipping is normal in Turkey. Porters, cleaners, tour guides, bus drivers, and other attendants love extra money. Most tourists leave between $1 and $5. Rounding up the fare is nice for the drivers.

The Turkish people are friendly, sociable, and courteous. Turks try to follow etiquette. It's unacceptable to show intolerance towards the locals. You should listen to any story until the end, even if it's boring.

Is it okay to take pictures with the locals?

If tourists ask permission in advance, Turks are happy to be photographed. It's not a good idea to take pictures of local women, especially without warning.

What's the best time to shop?

Whenever it's hot and all the tourists are relaxing near the sea or in their hotel rooms, it's better to shop in local stores and markets in the afternoon. Here's your chance for a big discount or extra attention from the seller.

Can I visit religious sites?

You can enter a mosque if you take your shoes off first. Tourists shouldn't visit religious sites during prayers. Women can enter the temple wearing a long skirt and headscarf.

What's the deal with alcohol and tobacco?

Public hospitals in Turkey don't have good care, and medicine isn't free. Therefore, if you need a doctor, you should go to the embassy's hospital.

There's a lot of variety in Turkish cuisine. It's a must to try the local sweets while on vacation. Meat dishes are made with beef, lamb, and chicken.