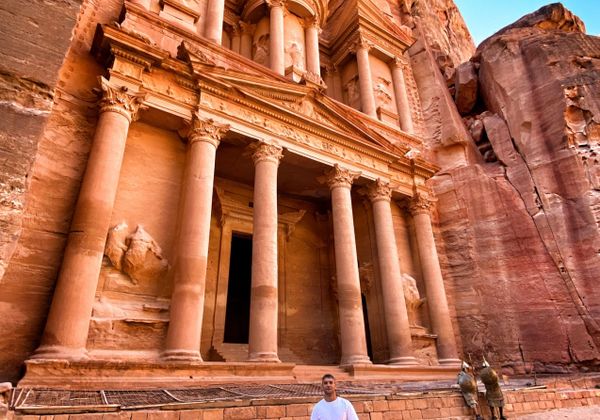 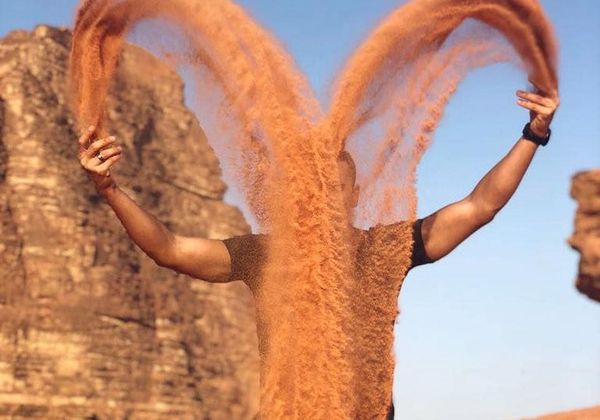 Paul
5.0 (6)
from
from
Didn't find the right trip?
We'll choose a trip on your dates from the tours that are not listed yet

Svetlana
see all see all

Over the past 2,000 years, Jordan has become a place where ancient monuments and unique traditions meet incredible natural scenery and a developed tourism infrastructure. There's so much to see and do in this sand-covered country. A magnificent oasis in the middle of the desert awaits guests with therapeutic mud of the Dead Sea, ancient architectural monuments and modern resorts.

Visiting temples with centuries of history, traveling among desert landscapes, and talking to locals, tourists realize what's so attractive about this country. As thousands of years ago, the colorful oriental markets continue to trade, and hotels and restaurants offer excellent service and facilities.

There's something for everyone on the Jordan small group tours. Come on a camel ride in the desert and spend the night in the campsite to enjoy the silence. In Jerash, you can touch the ruins of the Roman Empire. Divers can see the underwater flora and fauna in the Red Sea.

Things to Do in Jordan

Scuba diving, crossing arid deserts, seeing ancient monuments, and getting mud bathed in the Dead Sea: Jordan offers a lot. For a full understanding of the ancient land, travelers need to:

Petra is a must-see while you're in Jordan. Several hundred historical and architectural monuments are concentrated here, making it the most important site in the country.

Best Places to Visit in Jordan

Visit the city of mosaics Madaba, founded more than 4 thousand years ago, when you're in Jordan. The first places of worship appeared in the 6th century. It's a Christian center in the Middle East today. There's a map of Jerusalem from the 4th century. It shows the hills and valleys stretching down to the Nile, using a few million colored stones.

Ayyubid castle near Ajloun is a landmark in the country. Fortification construction helped defeat the Crusaders. Salah ad-Din built the unique fortress on top of the mountain to protect the iron mines and the city from enemy raids in late 1184. There's a great view of the Jordan Valley from here.

Aqaba is a seaport town that's perfect for scuba divers and sunbathers. This is a resort on the Red Sea with a 30-kilometer coastline. A huge choice of hotels, clean sandy beaches, a rich underwater world, and a developed tourism infrastructure make this a great place to journey.

Unprecedented security measures surprise many tourists in Jordan. Security guards at the hotel may check your purse, and city patrolmen may check your passport. Due to this, the country is considered the safest in the Middle East. Also, tourists should keep these things in mind so they don't ruin their holiday:

Choosing a hotel with its own beach is a good idea. Due to the fact that most urban recreation areas are paid, you'll be able to save money. Additionally, it's convenient to stay near the sea when you're staying over the night.

FAQ About Journey in Jordan

Is tap water safe to drink?

Tap water should only be consumed after boiling. The best option is to buy bottled water from a store. This will prevent stomach problems.

In what currency should I pay in stores?

Dinars are the country's national currency. There are few places that accept dollars or euros, even in the largest supermarkets and hotels. In the hotel or airport exchange office, you can get plenty of cash.

What's the best cab to use in Jordan?

Yellow cabs are official, and you can order them at any hotel. Private drivers who take hitchhikers drive white cars. Additionally, many of them don't speak English and inflate the price.

Avoid unnecessary gestures when talking to locals. Putting your foot in the interlocutor's direction can hurt his pride.

What to bring as souvenirs?

You can treat your loved ones to oriental sweets and coffee. Dead Sea cosmetics are popular. Sand paintings are popular on glass vases and vessels.

Tourists are welcome to tip the staff. Tip the maid 0,5, the guide 2, and the driver 1,5 dinars. Although it always depends on the traveler's preference.

Is Jordan a safe place to stay?

Jordan is the safest country in the Middle East. In big cities, there's almost no crime. As long as you follow the standard rules, you won't have to worry about your valuables.

What's the deal with cafeteria and restaurant snacks?

The majority of public catering places serve huge portions. Save money by ordering one dish for two or three people.

How should tourists dress?

In Jordan, women aren't forced to wear headscarves. Despite that, there are some dress code restrictions in Muslim countries. People don't notice bare legs in resort towns, but in provincial towns it's considered bad form and could cause resentment.

Is a visa required?

Everything can be done after landing at the airport, no need to prepare documents in advance. The main requirement is that your passport is valid for at least six months after you leave Jordan. Tourists have to pay $70. It's a one-month visa.

What's the deal with alcohol?

Alcohol consumption isn't restricted in the country. This doesn't mean you can drink it in public. Tourists can get fined for such behavior.

When's the best time to go on vacation?

Summer is the best time to go to the beach. It's best to go to historical sites in autumn or spring if you're interested in excursions. The Dead Sea's water temperature rarely dips below +21°C, so you can swim all year round.