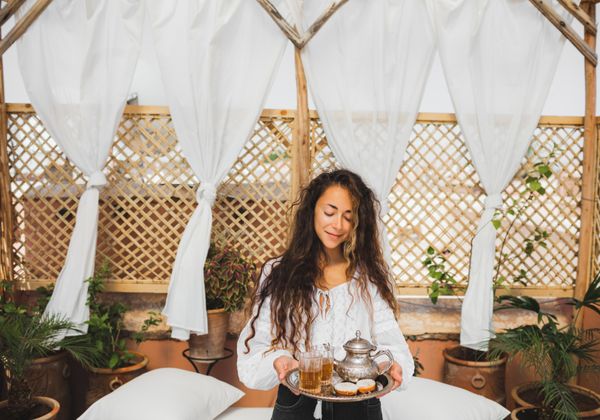 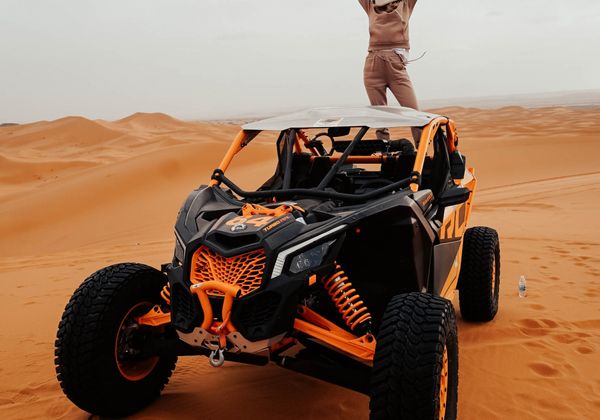 There's no doubt that Morocco is the most mysterious and colorful country in Africa. The Atlas Mountains make tourists feel like they're on Mars, and Essaouira with its colorful scenery looks like the set of a pirate movie. Medina transports travelers back in time, and Agadir is like being on the Mediterranean coast.

Morocco's cities are pulsating with life. Oriental bazaars are filled with divine scents of spices, and vendors peddle their wares in different languages. Locals haggle with tourists for discounts and hookah smokers head to a nearby cafeteria after a successful purchase.

There are lots of cultures, culinary delights, and traditions intertwined in Morocco. Fresh oysters and traditional couscous are on the menu. A state where mosques are next to casinos, and the sandy beaches of the Atlantic coast are replaced by a lifeless desert, like a magnet, attracts tourists. It's like stepping into a world of oriental tales when you visit ancient cities or colorful bazaars.

Things to Do in Morocco

Small group tours in Morocco are perfect for beach and sightseeing. Whether you're into doing nothing or extreme adventures, there's something for you. When you're traveling through the country of contrasts, you have to:

You gotta try the local cuisine. The African state has French, Italian, Japanese, and Moroccan food. Moroccan tea is great with fresh oysters, couscous, and tagine.

Best Places to Visit in Morocco

Casablanca, Morocco's largest city, is a must-see when you visit. Tourists and traders quietly bustle in the ancient Medina, while multi-million dollar deals happen in the skyscrapers next door. The white houses of locals blend in with Spanish-style palaces.

It's hard not to love Marrakech, where the streets have no logic, the traffic is endless, and there are outlets everywhere. It's like something out of a movie. Tourists at first find it shocking, but after a while they start enjoying the local flavor.

The unique resort town of Tangier is a must-see when you're in an African country. At this beach, you can dive into the Mediterranean Sea and the Atlantic Ocean. There are many mosques, Protestant churches, and synagogues in this resort, where locals and Europeans live together.

Agadir is another must-visit destination because it has all the infrastructure you need for fun. It's a modern city where people wear jeans and T-shirts and enjoy coffee and pastries in cozy cafeterias in the morning.

Morocco is a country with a lot of intertwined cultures. Classical Arabic, Berber, French, English, and Spanish are spoken here. Tourists in their journey can avoid these problems by following these tips:

For tourists in Morocco, there are hotels of all kinds. You can stay in a modest guest house or a big five-star hotel. Beachfront rooms are the most expensive.

FAQ About Journey in Morocco

How do I pay in the country?

The Moroccan dirham is the most common currency in Morocco. Tourists can take dollars or euros, which they can always exchange at banks. Local currency is the only currency accepted in stores.

What's up with the ATMs?

Cash is dispensed in dirhams at all ATMs. The best way to withdraw money is near a bank branch, so if you have a problem you can fix it right away.

How's the internet and cell phones?

At the airport, you can get free SIM cards for smartphones. To activate them, you need 20 dirhams or more in your account. That's enough for a couple weeks of mobile or internet use.

The country's political situation is stable and it's pretty safe. Tourists aren't immune to pickpocketing, though. Follow standard precautions to stay out of trouble.

European travelers don't have to worry about clothing restrictions. You shouldn't wear too much revealing clothing during Ramadan, though.

Is there anything tourists need to get vaccinated against?

There are no additional vaccines you need to get to visit the country. Morocco's epidemiological situation is pretty good. Travelers usually get stomach upsets.

Tap water isn't recommended. Despite being safe for health, the lack of habit can cause stomach problems.

Is there anything that cannot be photographed in the country?

Government agencies and military facilities aren't for tourists to take pictures. Residents shouldn't be photographed without their consent, especially women.

Right-hand traffic is the rule in Morocco. Cars move chaotically in big cities. There's a lot of driving that ignores the rules and traffic lights.

Tipping in restaurants is customary up to 5 percent of the order amount. It's enough for a couple of dirhams at a street cafeteria.