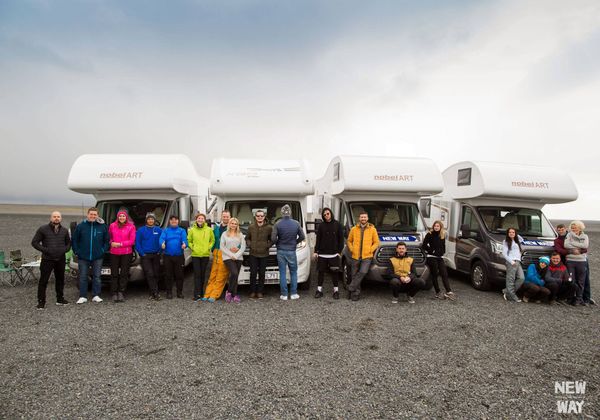 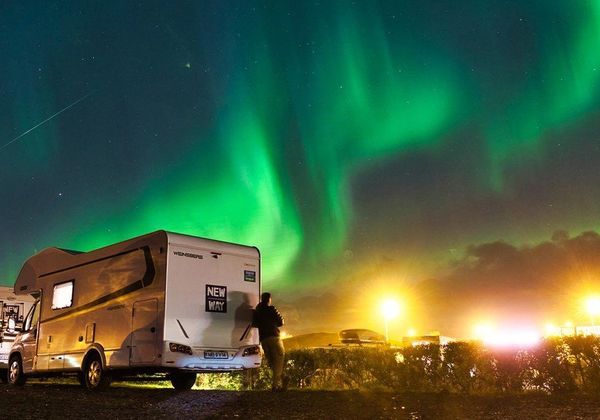 Ashley
5.0 (3)
Didn't find the right trip?
We'll choose a trip on your dates from the tours that are not listed yet

The island of Iceland in the Atlantic Ocean was created by volcanic activity over 60 million years ago. It's surrounded by the Greenland Sea to the north and the Norwegian Sea to the east. A small country separated from Greenland by the Strait of Denmark, it has its own rules and laws.

The volcanic chain extends from north to south-west through the whole state. More than 30 volcanoes are still active after people settled there. As a result of their activity, the whole country is covered in lava fields. Over 250 hot springs rise up from the earth.

Because the island nation is cut off from the mainland, it's developing according to its own rules, preserving its identity. With its fantastic beauty and rugged terrain, this is an amazing place of untouched nature, friendly people, and incredible geological phenomena perfect for small group tours.

What to Do in Iceland

Iceland has so much to offer for sightseeing and entertainment that everyone will find something they like. If you want your vacation in the island state to be exciting and unforgettable, do these things:

Of course, a journey to Iceland wouldn't be complete without seeing the Northern Lights. It's an amazing natural phenomenon that shimmers green, gold, purple, and other colors when it's high in the sky. A sight like this will take your breath away, even if you're a seasoned traveler.

Best Places to Visit in Iceland

Since Iceland is a country of unrelenting volcanic activity, you have to see the active volcano Hecla. With a height of 1.5 km, a huge mountain keeps rumbling on the island state. Famous artists and filmmakers have painted and made films here. At Hornstrandir National Nature Reserve, the northernmost point of the western fjords, you can watch huge colonies of seabirds. Birds love the massive cliffs that rise almost 600 meters above the sea.

Tingvellir National Park is one of the best attractions in the Golden Ring. Divers from all over the world come here because of the Mid-Atlantic Ridge and Tingvadlawatn, the largest natural lake in the country. Make time to visit Miwatn geothermal lake. The island state's natural body of water, the fourth largest in the world, was formed by volcanic activity more than 2,000 years ago. 15 species of ducks nest here, making it an amazing natural wonder.

In a European country where people are responsive and good-natured, there's all the tourist infrastructure you need. Follow these tips if you're a tourist in Iceland to be prepared for anything:

Remember that most stores are closed after 6:00 pm in Iceland. It's worse with alcohol, which is only sold in major cities in specialized supermarkets.

FAQ About Journey in Iceland

What's the best currency to use in Iceland?

Bank cards are enough, no cash. Every store, hotel, restaurant, and other place has a terminal and Internet access. So you can always pay with a credit card or smartphone.

What to bring home as souvenirs?

Wool is the most popular thing tourists buy. Long-haired sheep are bred here, and their wool makes sweaters, hats, socks, and mittens. Get your friends a tin barrel of volcanic ash.

When's the best time to go?

It's pretty cold in Iceland in winter, and the days are short. During this time there aren't many tourists, so you can save on hotels and see the Northern Lights. With its white nights, summer attracts travelers, which puts a big dent in hotel prices.

How much should I tip?

The country doesn't charge extra for services. You shouldn't tip the service staff even if they did a great job. This is considered humiliating and offensive. Verbal praise is enough.

Is there anything you can't film?

Without permission, you can't take pictures of people, property, etc. It's rude to point a camera at someone without asking.

Is the water safe to drink?

The water in Iceland is clean, so you can drink it straight from the tap. Bottled water causes misunderstandings and surprises.

What's the best way to behave in public?

Loud voices, shouting, and making noise in public aren't okay. Obviously, this doesn't apply to entertainment places. People who talk loud in public are either drunks or bors, according to Icelanders.

How do I visit the thermal springs?

Take a shower with soap and water before you dip in a thermal pool or sauna. Tourists need to follow this strict rule, which is observed by the locals.

Iceland doesn't have any special clothing requirements. Tourists with experience recommend wearing comfortable shoes. No matter how good the roads are, it will be uncomfortable to see the sights in heels or narrow shoes.

What language should I speak?

Icelanders say it's better for tourists to speak broken English than average Icelandic. Many Icelanders can't understand people trying to explain things in Icelandic because they speak a complex dialect.

Are there any peculiarities to driving?

Pulling over is not customary among Icelanders. Drivers can get fined for such maneuvers. It's illegal to drive on pristine areas because locals care about the environment.

There are some dishes that might disgust tourists. It's not a good idea to show your emotions, as it offends the locals' ego.