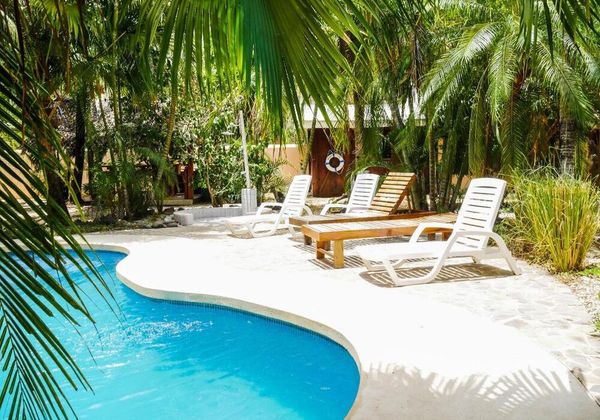 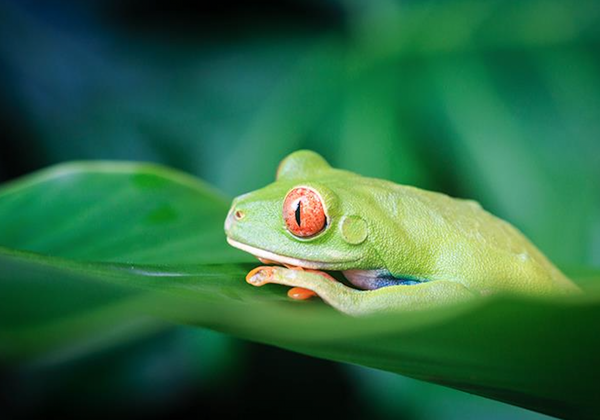 Ashley
5.0 (3)
Didn't find the right trip?
We'll choose a trip on your dates from the tours that are not listed yet

Costa Rica sits on the narrowest isthmus of Central America, which connects two large areas of the continent. On the southwest, the Pacific Ocean washes the state, and on the northeast, the Caribbean Sea. A coastal strip stretches almost 1,300 km. The Reventason River, which runs east of San Jose, is the best place to raft.

Costa Rica can safely be called a sanctuary state. Mountain and ocean flora and fauna amaze with their variety. People come here to see national parks, mountains, and underwater caves. Volcanoes, waterfalls, and river valleys are all popular. About 25% of the country is protected.

The exotic republic has a lot of uninhabited islands that are protected by the government. Beaches, palms, exotic birds, and animals await tourists here. For fishing, swimming with snorkels and flippers, and exploring the underwater world with scuba diving, this is the place to be.

What to Do in Costa Rica

Even though Costa Rica is a small country, there are plenty of fun things to do on the small group tours. Here's what you need to do to make your vacation memorable:

The Chirripo National Park also offers unique natural scenery, including mountain peaks. Visiting Costa Rica's oceans is possible in one trip, and you'll see why it's called the greenest country on earth.

There's no better place to relax than Playa Grande beach in Costa Rica. There's miles of soft white sand for sun lovers and huge ocean waves for surfers. In the Mariano Las Baulas Marine Reserve, you can see a rare species of leatherback turtle.

San Jose, the country's capital, was founded in 1737 and is impossible to miss on a holiday. A magnificent architectural monument from the colonial period stands in the middle of the city – the Metropolitan Cathedral of San José. The National Theater is a must-see for history buffs. Simón Bolívar Zoo and Botanical Garden is fun for the whole family.

In the miniature town of Zarcero, Parque Francisco Alvarado strikes a chord with its unique landscaping. Visitors can walk through incredibly interesting labyrinths of living plants and sculptures covered in moss grown by special technology. There are already 130 different species of greenery here, and new ones are being planted every year.

Costa Rica is a relatively safe country for tourists. Even though petty fraud and pickpocketing happen sometimes. It's easy to avoid them if you follow the rules. Travelers should also follow these tips to avoid spoiling their journey:

Tourists can easily get around Costa Rica's major cities thanks to picturesque, well-maintained streets and plenty of signs. Provincial towns, however, have a lot of potholes, dirty sidewalks, and uncovered sewage ditches, which pose a danger to travelers.

FAQ About Journey in Costa Rica

How should I communicate with the locals?

Spanish is the most common language in the country. Costa Ricans have been speaking it since colonial times. Despite its small size, it's used by people of all tribes. There are a lot of English speakers in the capital and other major cities.

There are no rules or restrictions about what you wear. In this country, you can wear whatever you want. There won't be any criticism for even the sexiest outfit. However, don't overdo it.

Even in big cities, Costa Rica's public transportation is underdeveloped. Traffic jams are caused by the huge number of cars. Walking is a great way to see the sights. Renting a car can help you cover a lot of distance.

What's the best place to rent a car?

VAMOS offers the cheapest rental cars. It's important to remember that cars move on the left in the country. Additionally, drivers need to be careful, since the locals can't be called exemplary when it comes to following traffic rules.

Which currency is used there?

Kolon is the most popular currency. Fans of market shopping should consider this. Tourists are likely to take a commission when paying in U.S. dollars in chain stores, hotels, and cafeterias.

How should tourists behave?

Irritability and anger aren't tolerated here. It is considered bad form to manifest them in any way. Hotel and restaurant staff don't respond to tourists who argue or quarrel with them.

What should I bring on a trip?

How can tourists avoid mishaps?

The country has a lot of mosquitoes living in nature reserves and city parks. Don't forget to treat the exposed parts of your body with insect repellent before going for an evening stroll.

Do I need to tip?

Most restaurants in the country don't accept tips. The serving staff is usually rewarded with up to 10% of the total bill in Costa Rica. The hotel attendants usually get $5 or less.

When's the best time to vacation?

There's no bad time of year to visit. The traveler's preferences play a big role. Short-term precipitation can come unexpectedly, but the hot climate negates the problem, so a vacation will probably not be ruined.