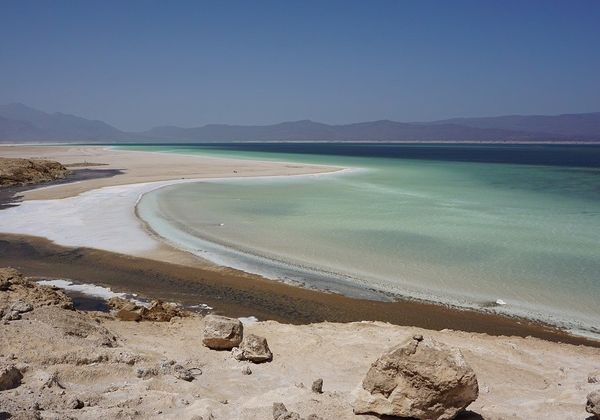 Mercy
Didn't find the right trip?
We'll choose a trip on your dates from the tours that are not listed yet

Few tourists know about Djibouti, a small country in northeastern Africa. There are many opportunities for a unique vacation in this land of bizarre landscapes, unusual vegetation, and wild beaches. In addition to hiking on the lava plateaus, there's sand surfing, scuba diving or snorkeling, and fishing in the Gulf of Aden.

In spite of the fact that Djibouti was not discovered very long ago, visitors enjoy the local sandy beaches, pristine nature that has not been influenced by civilization, as well as the unique underwater flora and fauna. Every time you dive into the depths, you'll see marine beauty that's like none other. Most visitors like the country because:

Most of the country's tourist attractions are natural. Ecotourism is one of the areas that receives particular attention.

The majority of tourists who come to Djibouti stay in its capital. Sand beaches and decent hotels are nearby.

There have been repeated wars in the country, so most of the colonial buildings are gone. Djibouti doesn't lack attractions, though. Visitors to the state love:

Lake Assal is a must-see when you're in Djibouti, where hundreds of travelers visit every day. A salty reservoir formed in the crater of a former volcano, at the lowest point of the country.

Africa's diving capital is Djibouti. Tourists can explore the bottom of the Gulf of Aden and go on an underwater safari to see whale sharks. Fans of fishing can go on a thrilling trophy hunt. Comels and jeeps are great ways to see the local beauty. There's nothing more exotic than sandboarding.

Firstly, Djibouti has a low tourist influx, so you can enjoy the pristine nature and escape the daily hustle. Discover the original traditions of the local population, unspoiled by civilization, here.