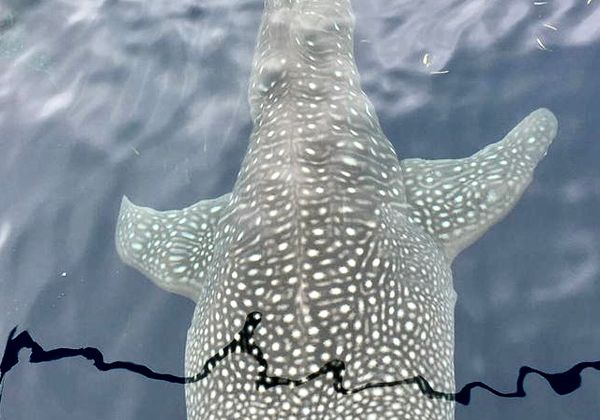 Tatiana
5.0 (4)
Didn't find the right trip?
We'll choose a trip on your dates from the tours that are not listed yet

Indonesia probably has the most islands of any country in the world, with 18,000 of them. Many of them are washed by the Pacific and Indian Oceans. Because of this, it's a Mecca for surfers and divers. It's the perfect place to catch the best wave or see the most beautiful underwater scene.

There's more to Indonesia than beach recreation and extreme entertainment. It's got a unique culture and thousands of temples. It's a country of contrasts with concrete jungles in port cities and tropical thickets in tribal villages. A pleasant climate, interesting historical and natural attractions, clean sea and sandy beaches draw tourists from all over.

Southeast Asia's most picturesque country is home to a variety of traditions and cultures. Almost 150 ethnic groups live in different parts of the country, each with their own history and architecture. Thanks to the active development of tourism infrastructure in exotic Indonesia, all tourists will have a great time.

What to Do in Indonesia

Anyone who loves Asian culture, deserted islands, and beautiful scenery will love Indonesia. In order to dilute the vacation with bright colors and unique emotions, travelers need to do the following:

Explore places not on the map. In the Asia-Pacific region, the Lorentz National Park is thousands of kilometers of unspoiled nature. A new species of tree kangaroo was discovered in the jungle not long ago. There's a chance every traveler on a journey will meet an animal they've never seen before.

Best Places to Visit in Indonesia

Tourists coming to the country always try to visit the monkey forest in Ubud. There are a lot of tame primates living in the park's landscaped area, decorated with sculptures. They don't fear people, so they're not only happy to take food from their hands, but they can climb on top of them. One of the most unique natural attractions is Komodo National Park, which is home to the world's biggest monitor lizards.

Taman Sari Water Castle can't be missed once you're on Java. It was built on the order of the first Sultan of Yogyakarta. In the surrounding area, there are a lot of ponds, fountains, and ponds, hence the original name. There are islands with cozy pavilions where you can hide from the scorching sun among the artificial lakes.

It's like a magnet for travelers from all over the world to visit Kelimutu, a natural landmark of the country. There are three beautiful lakes right in the crater, filled with water of incredible color. The blue color of Tiwu Ata Mbupu looks the best.

There's no doubt that Indonesia is one of the most popular tourist destinations. Millions of tourists come here every year on small group tours. It's worth listening to these tips if you wanna rest in a foreign country:

You have to follow the Muslim traditions and customs in Indonesia since it's an Islamic country. There are some cities where you can't drink alcohol, eat pork or wear inappropriate clothes to mosques.

FAQ About Journey in Indonesia

Is a visa required for Indonesia?

For entry into the country, you will need a visa. Upon landing at the airport, you can get it if you're planning a trip up to 30 days. All you need is a passport and a couple of photos.

Is there anything I can't bring in or out?

Chinese printed goods and medicines are prohibited. Wooden figurines and antiques won't be allowed through airport security without special permission. Rare animals and their stuffed animals shouldn't be taken out of the country.

The country has two distinct seasons because of its tropical climate. From November to March there's a lot of rain, and the rest of the time it's dry and hot. Many tourists sweat in the heat and high humidity, so bring underwear and shirts.

Are there any rules regarding beach bathing?

Coral reefs surround Indonesia's main beaches, so rubber slippers are recommended for entering the water. Also, keep in mind that there are strong currents around the islands. There are signs that tell you when the tides are coming.

In Indonesia, petty theft thrives despite all the measures the government takes. Make sure you leave your cash and documents in the hotel safe so you don't get pickpocketed.

Can I smoke in public places?

There's an official ban on smoking in public places. So before you smoke in a restaurant or hotel room, remember that you could be arrested for up to six months or fined.

How do I visit temples?

Visitors to religious places should wear modest clothing, especially when visiting temples and mosques. It's not okay to stand above the clergy or the offertory. It's disrespectful to stand in front of people praying. Donations are customary when visiting temples in the country. There's often a small donation included in the ticket price.

Despite the fact that street food is sold almost everywhere in Indonesia, you should stay away from it. Tourists can catch an infection if they eat on the street. It's easy to get a quick snack at a cafeteria, or a hearty dinner at a restaurant.

How do you move around the country?

Indonesia has a lot of islands, so air service is good. Rent a car or call a cab to get around the island, preferably with a driver, since the traffic isn't controlled.

Can I use my bank card there?

Only major supermarkets and reputable restaurants accept credit cards. Other places will require cash. It's best to exchange money at the airport or at a bank. There are a lot of swindlers among local money changers. In this country, traveler's checks don't work.