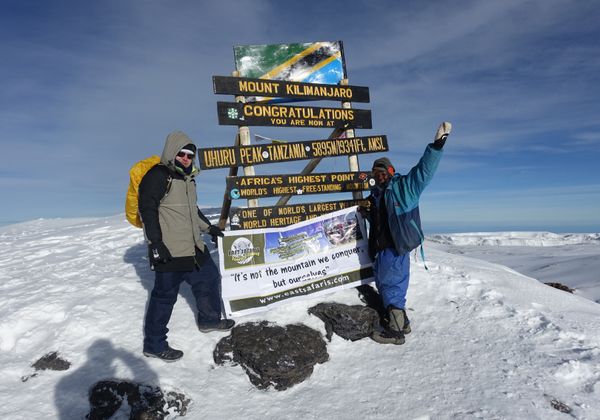 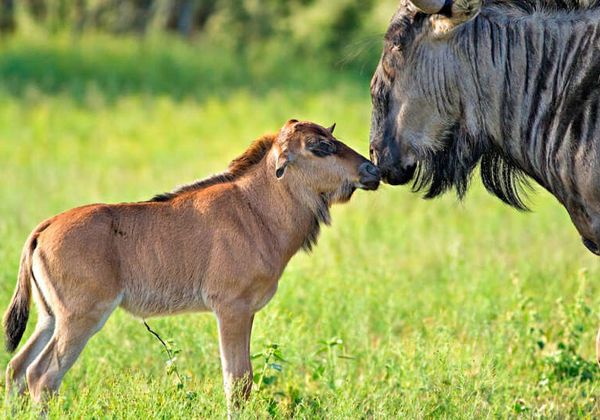 Allen
5.0 (1)
Didn't find the right trip?
We'll choose a trip on your dates from the tours that are not listed yet

Travelers from all over the world come to exotic Tanzania for its natural attractions, wild tribes, and amazing animals. Tourism is the main source of income, so the government supports its development. It's an East African country that's washed by the Indian Ocean. There's everything tourists need to rest comfortably.

As a result of the union of the island of Zanzibar with the mainland of Tanganyika, the state was formed. Stone structures were built in Unguji's capital in the early 1900s, which isn't typical of Africa. The result was Stone Town, or «Stone City», which is now a national treasure and a world heritage site.

There's a mix of Persian, Indian, European, and African styles in Tanzanian architecture. Throughout the city's narrow streets, which are like an endless maze, the doors of houses are carved with Arabic ornaments. The best part of the country is the nature reserves, where you can see unique animals in their natural habitat.

What to Do in Tanzania

Tanzania is one of the most popular tourist destinations in Africa. There are lots of exciting things to do. If you're traveling through the exotic state, make sure to:

Sailing in the light sailing dhows, which the natives have been using for four millennia, will also be fascinating. There's a lake with a nesting place of millions of pink flamingos called Natron, which will stay in travelers' minds forever. Everyone will find something interesting in Tanzania.

Best Places to Visit in Tanzania

If you choose small group tours to Tanzania, you have to visit Serengeti, a unique nature reserve. Travelers from all over the world flock here like a magnet. Lions are the main residents. When tourists go on safari, they'll get to see predators in their natural habitat. There's also a unique migration of antelope here from November to January.

African history lovers should visit Zanzibar. Some luxurious palaces have survived on the island in the «Stone City», which used to be the capital of the Omani Empire. Located in a historic area, this place has old houses, narrow streets, and a luxurious mosque.

There are a lot of lakes on the mainland, including Tanganyika. It's the world's longest natural body of fresh water. Located near a large rift formation, Natron Lake Bowl has blood-red water thanks to a large number of microorganisms that give the water its color.

Tanzania has its own rules and customs, just like any other country. You should listen to these tips if you want to journey to an exotic country without surprises:

The criminal situation in the state is also ambiguous. They're not squeamish about fraud and petty theft despite the apparent friendliness and sociability of the locals.

FAQ About Journey in Tanzania

Should I get vaccinated before I go?

There's yellow fever going on in Tanzania, so you'll need vaccinations before you go. When you go through security at customs, you might need a certificate.

If I throw garbage in the wrong place, what will happen?

In order to protect the nature in the reserves, the government punishes violators with big fines. It's important for tourists to respect and take care of the local wildlife.

Is tap water safe to drink?

There are a lot of problems with tap water in most African countries. There's a health risk with its quality. After using special disinfectant tablets, it's only good for brushing teeth and washing dishes.

Tanzania is an African country with a low standard of living. Locals often steal to survive. Walking alone in the evening on the streets away from the busy center isn't recommended.

What's the best beach for swimming?

Snorkelers should know that some beaches in Tanzania get too shallow for swimming at high tide. Choosing a suitable place in advance is important if you're going to swim with a mask and flippers.

Can I take pictures?

Tanzanians are very sensitive about being photographed, especially women. There are a lot of Muslims in the country, so this behavior is considered insulting.

Why do locals stare at tourists so strangely?

Tourists with white skin are more likely to get attention because of the peculiarity of the local mentality. There aren't many Tanzanians who've met people who look different from them.

What's the deal with safaris?

When you're in nature reserves, follow the guide's instructions and don't feed the animals yourself. Tourists who violate the rules can provoke predators, which will attack lightning fast.

Can I visit nature reserves without a permit?

When's the best time to go on vacation?

It's best not to travel to the country during the spring, when there are heavy rains, because the air is too humid.

How will the locals treat me?

Tanzanians can be too pushy and persistent with their help. In this way, they make a living by begging tourists for tips. Hence, it's better to reject a beggar's services if you don't want to give them anything.

How should the country's payments be made?

The shilling is the official currency of the country. Even though hotels, restaurants, and other public places take dollars.